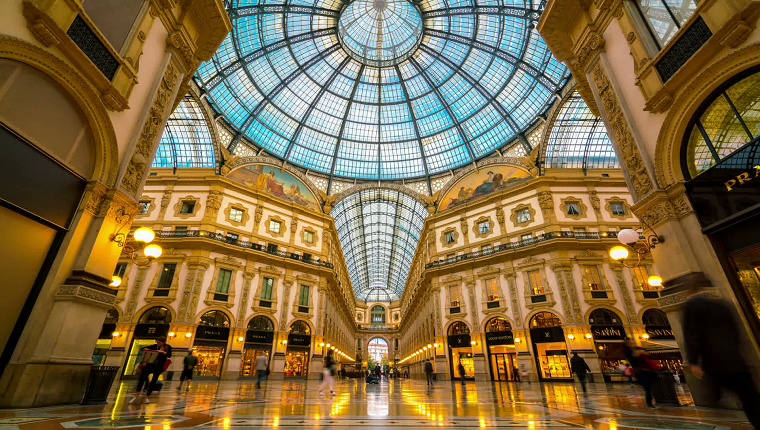 Update information to visit one of the most important attraction of Milan, Galleria Vittorio Emanuele

Galleria Vittorio Emanuele II is a commercial gallery in Milan that, in the form of a covered pedestrian street, connects Piazza Duomo to Piazza della Scala. Due to the presence of elegant shops and clubs, since its inauguration it has been the meeting place of the Milan Middle Class so much to be nicknamed the “Milan salon”: built in the neo-Renaissance style by Giuseppe Mengoni, it is among the most famous examples of European iron architecture and represents the archetype of the nineteenth-century shopping gallery. Called simply “La Galleria” by people in Milan, it is often considered as one of the first examples of a shopping center in the world.

The Galleria Vittorio Emanuele II, located near the Duomo, can be reached by:

Milan Travel Card: It is possible to purchase the Milan Travel Card to have free access to public transportation, and discounts in many museums and attraction in Milan, at the price of 10,50 € (for 24h), 17 € (for 48h) and 19 € (for 72h), click here for more information about.

Camparino Milan - The local cult of aperitif in Milan