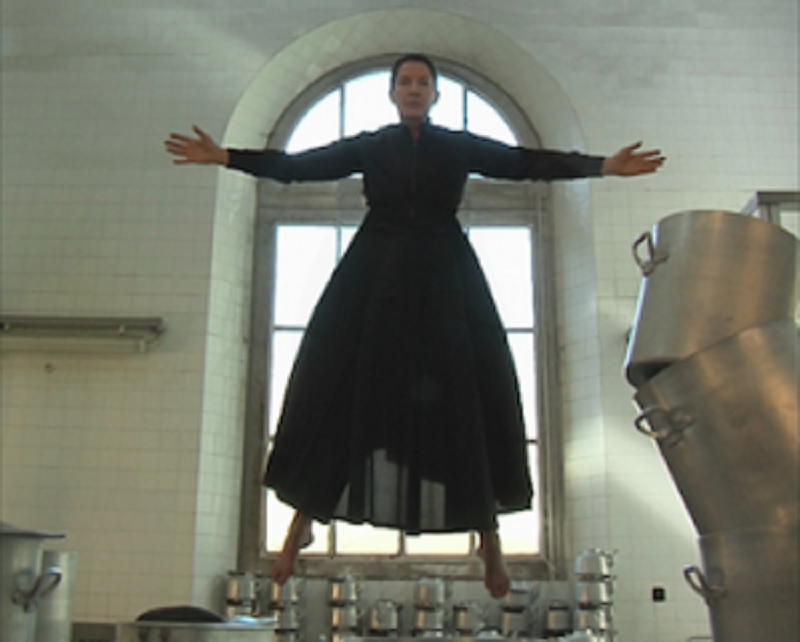 From October 18 to December 31, 2019, Marina Abramovic arrives at the Ambrosiana complex with the video cycle “The Kitchen. Homage to Saint Therese”. The artwork’s hosting room is located in the underground area of ​​Milan’s ancient Roman forum, within the visit itinerary of the Crypt of Leonard. Thus, the union between this ancient area of ​​Milan and video art with the great contemporary artists continues. It’s an union that has been proposed by the MilanoCard Group in 2017 with Bill Viola and that later continued with Michelangelo Antonioni and Andy Warhol.

“The Kitchen. Homage to Saint Therese “is a very significant work in which Marina Abramovic relates to one of the most important figures of Catholicism, Santa Teresa d’Avila. The artwork consists of three videos, which document as many performances held in 2009 by the artist in the former convent of La Laboral in Gijón, Spain.

Curated by Casa Testori and produced by the MilanoCard Group, manager of the Crypt of Leonard, in collaboration with the Veneranda Biblioteca and Pinacoteca Ambrosiana, the exhibition will be part of the tour that will lead to the Crypt of Leonard, that has been brought back to its former splendour thanks to the great restoration works that had interested it.

Marina Abramovic at the Ambrosiana

New Special Primotion - Get 5€ for a Taxi Ride